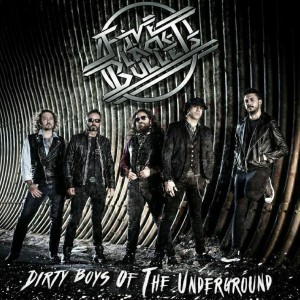 Spanish hard rockers Five Black Bullets have released a fun video for their song “Teacher (Ready 4 Pleasure)” from their upcoming album Dirty Boys Of The Underground, which will be released sometime in April 2016.

“‘Teacher (Ready 4 Pleasure)’ is the first single from the new album of the dirtiest Spanish hardrock band. In release of our new álbum launch video and download the single MP3 format. The new album will be titled Dirty Boys Of The Underground will consist of eight hard-shots loaded with pure Rock & Roll, and see the light april 2016. Meanwhile, put the speakers brutal volume…”

Five Back Bullets have released a prior EP entitled Die!! back on February 24, 2014 which is available via the group’s Bandcamp page.