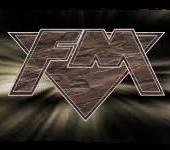 The Mighty FM are back! FM spent 11 great years (1984-1995) releasing albums and touring all of Europe with the likes of Meat Loaf, Foreigner, Gary Moore, Status Quo, Magnum, REO Speedwagon and Bon Jovi and became Britain’s biggest AOR band! 14 years on and FM are back with a monster of a new album titled “Metropolis”.

“Metropolis” captures all best elements of FM’s writing and performance skills, with tracks like the rockier ‘Wildside’ to the melodic power house that is ‘Hollow’ and sure fire hit ‘Days Gone By’, with outstanding vocals from Steve Overland and the band sounding as tight as ever, this could their best album yet! The band “hopes that everyone enjoys listening to the album as much as they have enjoyed recording it and playing together again” and with offers to perform in Europe, Japan and USA they are looking forward to playing in 2010.

Come and join them for the biggest party of 2010 and see The Mighty FM perform live at the ‘Metropolis’ album launch extravaganza, at The Roadhouse, Covent Garden, London on Sunday 7th February.

More details will be posted on the bands official web site FM Official.com

AOR Heaven (www.aorheaven.com) signed this band for Europe (without UK). The European release date will be 26.02.2010.