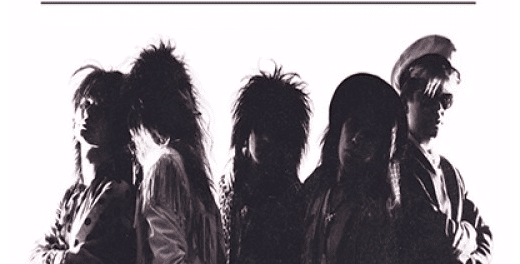 Swedish sleaze rockers Tornado Babies have a new album titled Demo-Lition courtesy of FnA Records and which consists of previously unreleased demos from 1987 to 1991. 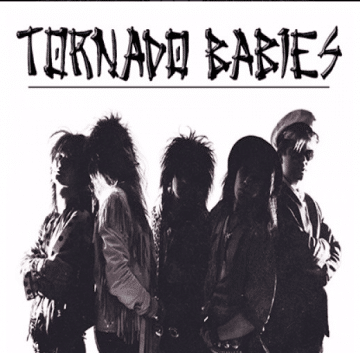 “FnA Records has another brand new release we are excited to share, the mighty Tornado Babies from Sweden!

Perhaps best known for their 1991 album “Eat This,” FnA Records have teamed with the band for a brand new release entitled “Demo-Lition,” containing various previously unreleased demos which span the band’s career from 1987-1991. This album is Silver Pressed and available now.

Tornado Babies formed in a pub in London, England in 1987 by a bunch of guys from Gothenburg, Sweden who decided to form a band now that there weren’t any real rock n roll bands left – since Hanoi Rocks had stopped playing.

The first line-up of the band only consisted of four guys when the bassist was missing, the singer also played bass. Shortly thereafter, a bass player was found and the first demo tape was recorded quickly.

The line-up was changed over the next few years and a bunch of demos were recorded with different line-ups, but around 1990 the band had found a functioning line-up: Harry – vocals, Kenny – guitar, Beppe -guitar, Senap – drums and Paul – bass. The first full-length album began to take form but just a few weeks before entering the recording studio, Senap left the band and Danne became the new drummer. 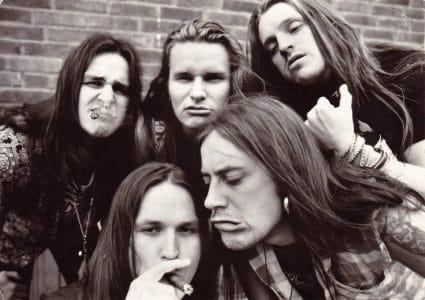 The debut album “Eat This” was released 1991 and got a very good response. The band was now on its way! After a number of gigs, videos, etc. it was time to enter a recording studio again and record the sequel “Delirious” which came out in 1993. The journey continued with gigs at festivals, Support act to Motörhead amongst others. There were also videos, TV appearances, etc.

The third album proved to be more difficult for the band to get together …. Danne called it quits and was replaced by Dojan (later in Mustasch).

New demos were recorded frequently but they didn’t turn out so good, something was missing… These demos have been recorded with various line-ups between 1987 and 1991 and have never before seen the light of day. The first demo contain songs that sound a lot of glam rock and punk as Hanoi Rocks was a great source of inspiration for the band.

The latter songs slipped into sleaze rock as at that time there were many new bands that inspired the band such as Guns N’ Roses, Love/Hate, Rhino Bucket and of course AC/DC. However, it should be added that the guitarist Petta and Dikk brought other musical influences to the band that can be heard on the songs “Wild n Free” & “Too Fast To Live”, where also Dikk is said to have played guitar on. On the third demo (where the band again only consisted of four guys), one can hear the sleaze rock coming up and even Harry‘s song becomes more raspy. The fourth demo (now with Rob on vocals) is a retrospect on old songs and a look forward with the song “Rocket Girl” (which was later recorded for the debut album). In the middle of 1990, the band had found its sound that can be heard on the fifth demo where all the songs also ended up on the debut album. The last demo (just months before the release of the debut album) was recorded for Mega Records which had then shown interest in the band, but no contract was ever written.

Many years later … In 2013, the boys met again and the desire to get together as a band was brought to life. Then and there, the “debut album line-up” started playing again. This time it was even harder for the band to get together new songs, so an old song never before released (“Bored Beyond Belief”) was recorded and released in 2015 as a single.

After that came the single with the a new song “I’m Back” and things started rolling again … The band was offered to re-release the debut album in the US and play with Backstreet Girls in Oslo, Norway. 2019 proves to be a very busy year for Tornado Babies. In 2019, the Tornado Babies have a new release coming out on FnA Records. The album entitled Demo-Lition consists of 18 demo tracks recorded between 1988 and 1991. All of the tracks have never been released before; The tracks were recorded with many different incarnations of the band, yet still maintains that sleaze rock/glam rock vibe. Additionally, the band began to seriously write songs for a third album and will enter the studio and start recording very soon…”

Tornado Babies‘ “Can U Dig It” video:

Tornado Babies Can U dig it

Tornado Babies – Can U dig it