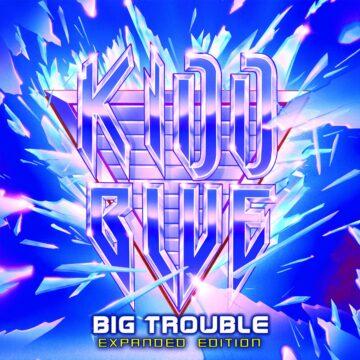 Kidd Blue was a rising band from the San Francisco Bay area in the late 80’s who missed out on scoring that coveted record contract by just a hair. Their sound is compared Van Halen, Bon Jovi, Def Leppard, Warrant and SouthGang. With strong melodies, catchy vocal hooks and stellar guitar riffs – Kidd Blue saw a strong local presence in the Bay area. Almost all shows were sold out and the girls lined up outside to see the sexy blonde-mained lead singer. Where there are girls, there are guys, and while the guys did what guys do, they were soon looking at an over-the-top, High energy rock show where they thought they were rock stars catching the next big buzz.

Kidd Blue is: lead vocalist Bobby Blue, guitarist Steve Barton, bassist Robert “Sox” Canchola, and drummer Mark Dubin. As a tight knit unit, the band, and more so the show, were in sync and without flaw. Kidd Blue had a solid ten track show of originals, usually with a cover song thrown out at the end of the set. There were guitar solos and drum solos atop a riser. This was a lot for the club shows for a local band, but this was their home. In addition there was a professional light show and a soundman used to enhance the sound for the club. Kidd Blue were hometown heroes, even though, they would take the outside club dates from time to time. And like many of their counterparts, Kidd Blue was the band that was called on when a National Act came through town; and Kidd Blue gave every headliner a run for their money.

FnA Records is proud to release Kidd Blue’s Big Trouble album as an Expanded Edition with seven bonus tracks. Fans have been listening to the same 10 tracks for decades and while wanting for another album, they thought it would never come. Well, it may not be a full album, but there are over an EP’s worth of unreleased material.