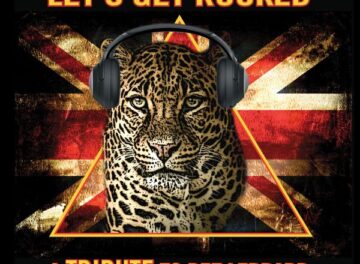 A new tribute record is upon us as the FnA Records has unveiled the album Let’s Get Rocked – A Tribute To Def Leppard featuring Roxy Blue, Jim Crean and Rob Wylde (Tigertailz, Midnite City). You can purchase the album via FnA Records‘ website. 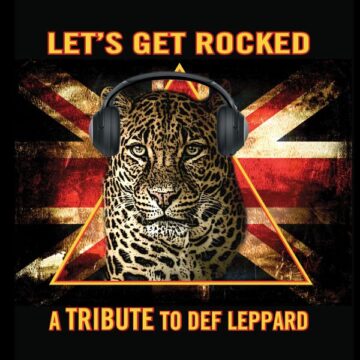 ““Let’s Get Rocked – A Tribute To Def Leppard” is a compilation of 16 songs with tracks from all the periods of the bands tracks.  This Tribute doesn’t stick to just the hits – there are deep cuts from Def Leppard‘s catalog of music.  Tracks like Mirror Mirror, Me and My Wine, Let It Go, Lady Strange and Wasted are a few of the songs covered on this compilation.

One of the most exciting notable parts of this compilation is that ORIGINAL Def Leppard drummer Tony Kenning lends his talents to two tracks on this album.  Many die hard Def Leppard fans know that their was a drummer before Rick Allen – many don’t.  Tony was in Def Leppard‘s concoction of the band from its very beginning for about 14 months – He was 16 at the time.  When he started with the band it was just Rick Savage, Pete Willis and Tony.  Pete Willis then brought in Joe Elliott and Steve Clark for what would one day ne one of the greatest Hard Rock bands the world would ever know.  Tony would later be responsible for changing of the spelling of the bands name from Deaf Leopard to Def Leppard.  Tony would help in writing eight early songs (Wasted, Rocks Off, etc.) although was never credited for doing so.  Tony currently has a Def Leppard band called Shef Leppard.

Another known artist on this project is Geffen Recording artist Roxy Blue who were signed to Geffen by Tom Zutat (Motley Crue, Guns n Roses, Tesla).  Roxy Blue was signed in 1992 and had much MTV success.  They are still going strong today.

Let’s Get Rocked – A Tribute To Def Leppard has been worked on for the greater part of a year as FnA Records wanted to make this Tribute one of the best that exists – it is up there amongst the best of the best.

Let’s Get Rocked – A Tribute To Def Leppard is a 16 track silver pressed disc.  The 12 page, full color booklet features a small bio of each of the talented artists.  It is available as a regular CD, signed version autographed by Tony Kenning (limited to 50 Worldwide), and as a digital download.”