The group was promoting its recently announced Deuces Are Wild Las Vegas residency, which will take place at the Park Theatre in Las Vegas, Nevada, USA starting on April 6, 2019. 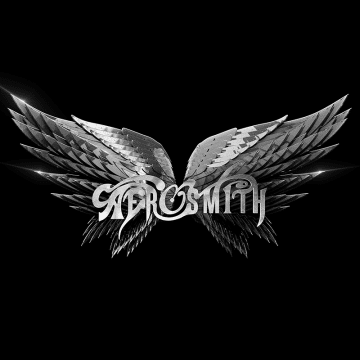 Sleaze Roxx stated as follows in its review of Aerosmith‘s last studio album Music From Another Dimension:

“So how to summarize Music From Another Dimension? I’m loving it — it’s got a great flow and utilizes everything that made Aerosmith great in the latter part of their career. It’s more raw and rocking than Honkin’ On Bobo and Just Push Play, it’s got more songs than any other Aerosmith album, and it has the most ballads of any Aerosmith disc. That may be a downside to some, but on an 18 track CD you can stand five ballads… especially if they are good. You get funk and R&B on the CD’s two best songs “Out Go The Lights” and “Street Jesus”, pop in the ballads, a country duet, rock experimentation on “Beautiful”, fast rock songs, Tyler‘s trademark screams, lots of sexual innuendo, and the band ripping their instruments to shreds like Godzilla in Tokyo.

Fans of ’70s or ’80s Aerosmith won’t like this… but fans of Aerosmith will. Music From Another Dimension is the logical progression from their last few albums, and they are staying true to what they feel — I give them kudos for that. Instead of trying hard to write and record another Rocks or Night In The Ruts (and failing miserably in the process) they wrote what felt right for them. And this album has the most songs written without outside songwriters since Done With Mirrors, so think about that. I love this CD and have personally recommended it to everyone I know that is into modern Aerosmith and rock. And as a fan of this great band, I thank them for giving me, and their fans, another great album to listen to — and off I go to play it again!”