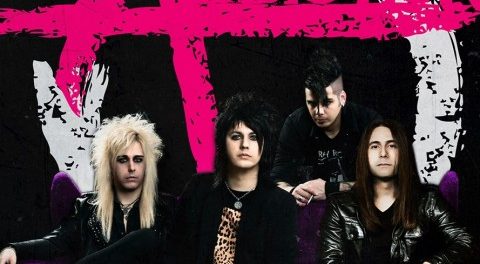 For My Addiction provide preview to three new songs 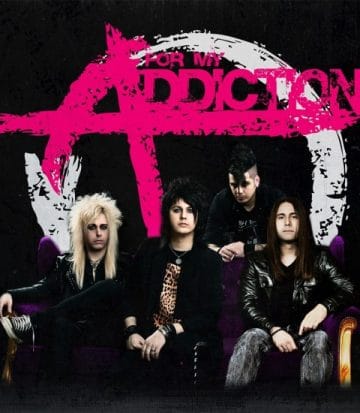 Greek rockers For My Addiction, who were previously known as Addiction, have released a video of a live performance where they preview three new songs “It’s Not Love,” “Midnight Run” and “Scream For Party” from presumably their upcoming new and second studio album.

For My Addiction‘s Biography on their Facebook page states in part:

“For My Addiction – formerly known as ”Addiction” – is a hard rock/heavy rock band, formed on April 2014 in Athens, Greece.

FMA was formed when lead singer/rhythm guitarist Vaine and bassist Nikotinn left their previous band, and along with drummer Chris Rox, they decided to form a new band and create the music that has always been there, ringing in their heads. Lead guitarist Costas Varras joined later on but for personal reasons, he left the band a few months later, and was then replaced by lead guitarist Rizzy.

For My Addiction‘s main influences are hard and punk rock bands from the 80’s and 90’s and it’s music is a mix of a modern hard n’ heavy sound with glam and punk elements….”

For My Addiction‘s preview to three new songs published on July 7, 2017:

FOR MY ADDICTION – Live (Performing some new songs)