The band members of Gypsy Queen have formally reunited and will release a self-titled album via Royal Ball Records on January 12, 2018 but this will be without co-singer Pamela Mattioli who passed away back in 2014. Gypsy Queen currently consist of lead vocalist Paula Mattioli, guitarist Scotty Migone, bassist / keyboardist Joe A. Ojeda and drummer Kenny Wendland. 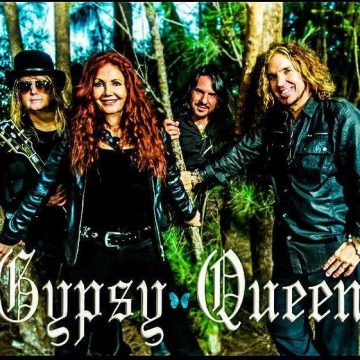 “Gypsy Queen has set January 12, 2018 as the official release date of the self-titled new studio album via Royal Ball Records.

The Miami-based band officially reunited after many years in 2017. Originally fronted by the powerhouse Mattioli twins, Paula and Pamela Mattioli, the band now features a single vocalist in Paula Mattioli. Although the band had performed together a few times in recent years at reunion events in Miami, it was the sudden passing of Pamela from an undiagnosed heart condition in 2014 became the catalyst for the band’s formal reunion, culminating in what has become a beautiful tribute to their late vocalist.

“Gypsy Queen was only ever apart because of location. Pam and I lived in Los Angeles, and the guys still live in Miami, but we would always get together with them whenever we were there,” says Paula. “We had done a few reunion gigs with them in Miami over the last few years. At the last reunion, after Pam passed, we performed a song written for her and people really liked it, so we decided to record the song. When I was in the studio singing it, it was very raw and very emotional and I started crying. You can hear that at the end of the song (Pam’s Song). When I came out of the booth, the guys all hugged me and we had a real moment. I realized at that point we had to make another record!”

She continued, “The writing was effortless! Scotty Migone (guitarist) flew out to Los Angeles to write with me. He knew I was hurting a lot after the loss of my sister and my marriage. We wrote about 25 songs in two and a half days. They were just pouring out. I really thank him, because he threw me a lifeline by doing that.”

The new music tells the stories of love, loss and heartbreak, pain, anger and acceptance. These relatable themes about the messiness of life are wrapped up in music that is intricate and interesting, evoking the the emotion and intensity of life that knocks you down, and the resolve it takes to get back up again.

The new album boasts 14 songs ranging from hard and heavy to heart-rending, with influences of 70’s funk, 80’s metal and alt-pop/rock discernible within the collection. “Our sound has evolved a bit. It’s still rocking, but with more colors and more facets,” 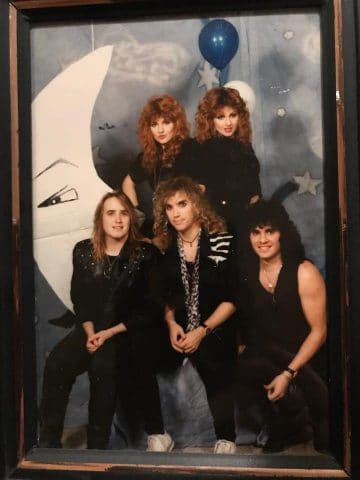 says Paula. “Every one of us has been through stuff, and that’s what this music came from. All that stuff, it’s going to come out in the music. If it doesn’t, the music’s not real. All of these songs are written from emotion and that’s the way we recorded it. It was definitely a catharsis making this record.””

Gypsy Queen will be hosting a CD release party on Friday, January 12, 2018 at 9:30pm at Premier Billiards in Coral Springs, Florida, USA. You can check out more information at the group’s Facebook page.