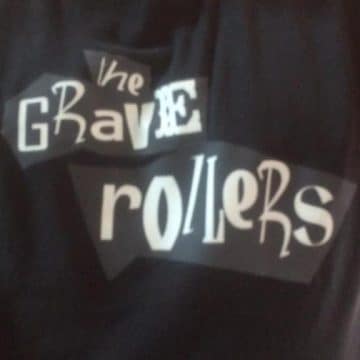 Lead vocalist Tony Leone who parted ways with 21st Century Goliath back in November 2015 and who went on to reform his previous group Dirtbag Love Affair has a new group by the name of The Grave Rollers.

21st Century Goliath‘s debut album Radio Destroyer landed the #7 spot on Sleaze Roxx’s Top Ten Albums of 2012. Sleaze Roxx stated the following in that regard: “Late in the year I was contacted by a band asking if I’d check out their new album — I get requests like this daily, but few impressed me as much as 21st Century Goliath. The artwork didn’t exactly inspire, so it took me awhile to actually listen to ‘Radio Destroyer’, but am I ever glad I did. Biker rock, boogie, heavy metal, punk… this gritty American band threw everything up against the wall on their debut platter, and it all seemed to stick. 21st Century Goliath seem unafraid to take risks and broaden horizons, meaning they could easily have a bright and interesting future ahead of them.”

The Grave Rollers‘ Biography on their Facebook page states:

“We’re brothers from the Junkyard Saints Car Club. We happen to love rock n roll and been around the block when it comes to playing in bands. NOT ROCKABILLY.”

Death Comes a Knocking by The Grave Rollers

Valerie by The Grave Rollers