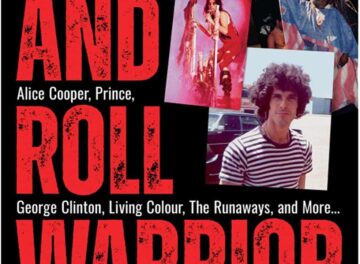 Seventy nine year old David Libert has some very interesting stories to tell and many of them can be found in his new book Rock And Roll Warrior: My Misadventures with Alice Cooper, Prince, George Clinton, Living Colour, The Runaways, And More... 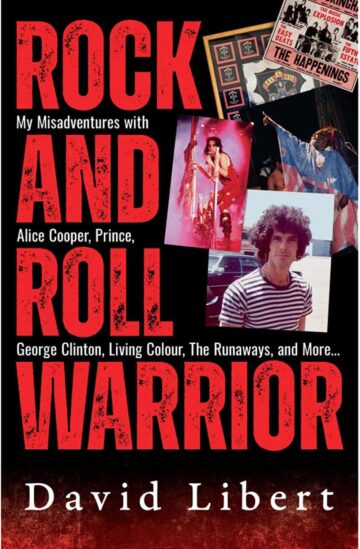 Sales for both “See You in September” and “I Got Rhythm” exceeded one million copies, resulting in R.I.A.A. gold record awards by 1969. The group had nine Billboard Hot 100 Singles hits from 1966 to 1968, including versions of “Go Away Little Girl” (#12) (a #1 hit for Steve Lawrence in 1963 and later for Donny Osmond in 1971) and “My Mammy” (#13) (popularized by Al Jolson in the 1920s). They also both achieved sales of over one million copies, garnering the group another couple of gold records.

Libert left the group to become a booking agent and eventually a tour manager. After a brief stint as road manager for Rare Earth, Libert became tour manager for Alice Cooper during Alice‘s most formidable years (1971–1975). Libert figured prominently in Bob Greene‘s book about accompanying Cooper‘s band on 1973’s Billion Dollar Babies tour. Libert also was credited for singing background vocals on the Billion Dollar Babies album which was recorded at Morgan Studios in London in 1973. He remains friendly with Alice to this day.

In the early 80s, he met Prince through Sheila E, who was one of his management clients at the time. Sheila E opened for Prince on the legendary Purple Rain tour and Libert spent a lot of time hanging with Prince, many times assisting Prince with his shows.

Libert also wrote hit songs for other artists including The Tokens, The Chiffons and Gerry & The Pacemakers.

Libert has promoted many concerts throughout his career including sold out shows at Madison Square Garden in New York (George Clinton) and the Cricket Wireless Amphitheater in Kansas City (Kool and the Gang).

Despite his success, Libert eventually became involved in drugs and, for a time, began dealing drugs before being busted and paying the price for it with jail time.

But he regrouped and made a successful return to the music industry as a manager, working with acts including Living Colour and Vanilla Fudge, who were respectful of his knowledge and skills and were happy to work with him.

These days, soon to be 80 years young, David is enjoying a much more relaxed and less hectic life. He lives in Southern California and is a devoted animal rights activist, helping to find homes for animals that desperately need one.

There’s talk about the book being made into a feature length film as well, which excites David to no end.”