The outpouring of love towards Quiet Riot drummer and band leader Frankie Banali has been continuous since the announcement of his passing yesterday. Banali reportedly passed away with his wife Reginald and his daughter Ashley by his side on August 20, 2020 at 7:18 pm.

Quiet Riot have had many line-up changes over the years and the current band members — bassist Chuck Wright, guitarist Alex Grossi and singer Jizzy Pearl — as well as many former members have paid their respect publicly to Banali via Facebook.

“I’m completely devastated by the loss of my lifelong friend and musical comrade. I truly felt if anyone could beat this horrible Cancer, it would be Frankie. He was the toughest guy I’ve ever known. No fear in him whatsoever. I first played with Frankie in 1981. I’ll so miss our psychic connection on stage as a rhythm section. We shared a common love for Jazz Fusion as well as the legendary Led Zep and others which helped fuse this strong musical bond. It’s so hard to fathom that this mighty force as a drummer, fierce leader and our brightest beacon has been dimmed forever.

Rest In Peace my friend… “Yasurakani….”

“Another Thunderbird has taken flight.

Even though I have been preparing myself for this day for a while now, it is simply incomprehensible to me that you are really gone. I can’t even begin to wrap my head around the fact that I won’t be seeing you at the airport and behind the kit or hearing from you daily as I have for the past 16 years.

I take comfort in knowing that your suffering is over and that your legacy will go on forever through the iconic music you helped create. You will always be with me in my heart and will live on through all of the knowledge and values you have instilled in me.

Rest in peace Frankie, until we meet again…. 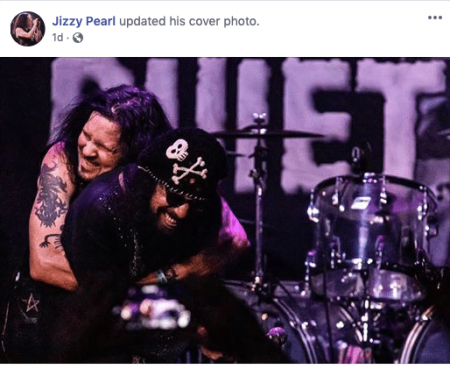 “At the request of the Banali family, Eddie Trunk has announce Frankie Banali’s passing. On a personal note, Frankie was my hero, mentor, and QUIET RIOT brother. Frankie is now resting in peace and pain free. I will post a follow up in days to come as try to process this unmeasurable loss.”

The great gig in the sky just got a hell of a lot louder. No matter what, you always played with the intensity as if it would be your last. I can hear the sound of your signature laugh as I write this. I’ll never forget that. My thoughts and prayers are with Regina, Ashley, Alex & Chuck. Fly on Thunderbird…” 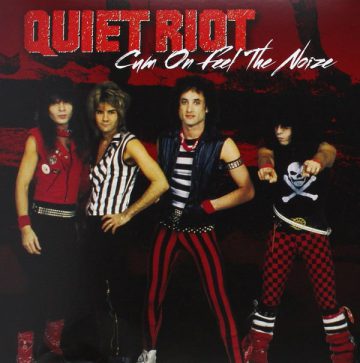 He taught me many lessons about the biz and most importantly how to sit in the pocket. Fly w the angels my friend….More later.

Love to Regina, Ashley and all of the Quiet Riot alumni and fans.

Another reason we keep fighting for a cure..”

“I don’t know what to say. I loved this man. He along with Rudy and Kevin who are not only I always felt or feel comfortable with and consider to be people I really trust but they are also my heroes and I admire their accomplishments and their human skills. This is a bad day for rock n roll music and the world. I played music with all three of these guys but never all at the same time. He fought cancer like the warrior he will always be remembered for being. I can only imagine what his family and closest friends are going through today and I wish them extra strength to deal with this tremendous grief . Fly High Frankie. ???”

“I just heard that my friend, brother and fellow musician, Quiet Riot drummer Frankie Banali passed away. I share many wonderful memories with Frankie and will always remember him with a smile. Safe travels my brother. Love you ?‬

My deepest respects and condolences to his family ??”

“RIP to my good friend Frankie Banali. The world lost a good one.”