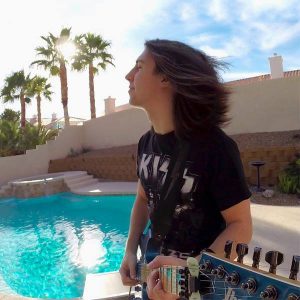 The following message was posted on Blaze‘s Facebook page:

“A message from Blaze:
I am very happy and proud to announce that I am now playing guitar for The Swon Brothers! I just played my first 2 shows with them this past weekend, and had a great time. Looking forward to all the upcoming dates this fall. Starting September 4th, the Swon Brothers, along with Easton Corbin, will be on the road with Carrie Underwood on the Storyteller Tour!
Hope to see you all at a show soon,
Blaze“

Blaze played in both Bobby Blozter’s Ratt Experience and Blotzer‘s version of Ratt before apparently giving only two days’ notice about his departure from the latter band.