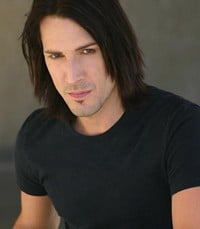 A motorist who was killed when he crashed into a concrete freeway pillar along the northbound San Diego (405) Freeway was identified today as a North Hollywood resident.

John Paul Giosa, 42, veered his black 1998 Volkswagen Beetle off the freeway near Howard Hughes Parkway for unknown reasons and struck a concrete overpass pillar at 4:04 a.m. Sunday, according to California Highway Patrol.

Giosa was best known as Johnny G, drummer with ’80s rock band BulletBoys. The following was posted on the official BulletBoys Facebook page, “I post this message with a heavy heavy heart… Words can not express how devastated I am to hear about my friend’s passing, Mr. Johnny G. My sincerest condolences to his family and the ones he loved. We’re all going to miss you brother! RIP… Skinnard!!”

Giosa died at the scene, and there was no one else in the car, according to the CHP. A viewing will be held Friday night from 6 to 9pm at the Gangemi Funeral Home in Philadelphia, PA and again on Saturday morning at St. Cyril from 8:45 to 10am followed by 10am mass.