Ex-Cold Sweat and Pair-A-Dice guitarist Billy D-Vette has released a video for the title track from his upcoming second solo album Back To Denver. 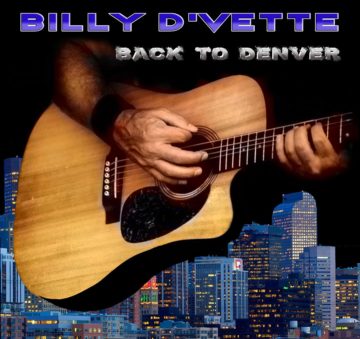 “Rock singer/songwriter Billy D’Vette, best known for his days in Hollywood on the Sunset Strip playing with Pair-A-Dice and Cold Sweat, has released his brand-new music video for “Back To Denver” the first single from his highly anticipated and newly released second solo album also entitled Back To Denver. The new album also features an acoustic version of the Whitesnake‘s classic “Is This Love” that Billy says will be his second single.

Billy has been performing live and recording for the last 30 years. Billy enjoyed great success during the peak of the L.A. metal scene on the Sunset Strip back in the 80’s in Pair-A-Dice, with Dave Marshall (ex-Vince Neil, Fiona) and Paul Lancia (Lancia). Billy also replaced guitarist Marc Ferrari (Keel) in Cold Sweat after the band was dropped from MCA Records and shortly after changed the name to Sweatin Bullets. Billy’s days on the Sunset Strip saw him performing along with many Hollywood’s top bands such as Poison, Great White, 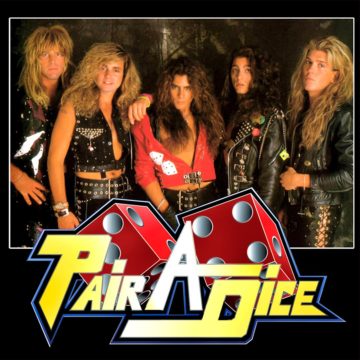 Billy has also had the pleasure of working in the studio with such producers as Kim Fowley (The Runaways, KISS), Tim Bogart (Jeff Beck, Vanilla Fudge) and Paul Sabu (Bowie, Heart) just to name a few. He currently fronts his own band called Wild Bill Outlaws which is a high energy acoustic rock band from Denver, Colorado. The band currently has a big draw in the Denver area and just returned from two nights in Sturgis, South Dakota.

The album, Back To Denver, takes the listener on a musical journey filled with tasty guitar licks, melodic vocals and heartfelt lyrics. The album Back To Denver is a wonderful mix of classic rock acoustic singer songwriter and alt- country. Drawing from such classic childhood influences like Aerosmith, Bad Company, and The Eagles as well as some of the newer artists like Rival Sons, Chris Stapleton and Whiskey Myers to name a few. Billy wrote and performed most of the music and recorded it through the recent pandemic lock down.”

Billy D’Vette‘s “Back To Denver” video: