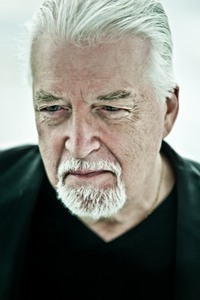 Jon Lord, best known for his Hammond organ blues-rock sound in Deep Purple, is taking a break from performing while battling cancer.

Said Lord in a posting at jonlord.org, “I would like all my friends, followers, fans and fellow travelers to know that I am fighting cancer and will therefore be taking a break from performing while getting the treatment and cure.

I shall of course be continuing to write music — in my world it just has to be part of the therapy — and I fully expect to be back in good shape next year. God bless and see you soon.”

After retiring from Deep Purple in 2002, Jon Lord has concentrated on a solo career of composing and touring. In 2008, he achieved success as a classical composer when his Durham Concerto entered the UK classical album charts. This July the Jon Lord Blues Project released a new live CD simply titled ‘Live’. Recorded in Bucharest, Romania in 2009 with a full symphony orchestra, the album includes a glorious selection of orchestral pieces representing Jon Lord’s touring repetoire all over the world in recent years and can be purchased at jonlord.org.