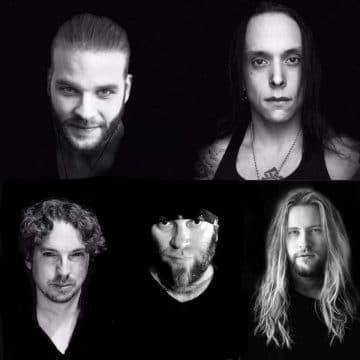 Ex-Dirkschneider and U.D.O. guialtrist Bill Hudson has wasted little time since his departure from the band back in April 2018 as he has a new power metal band titled NorthTale. The group consists of Hudson on guitars, Christian Eriksson on vocals, Mikael T Planefeldt on bass, Patrick Johansson on drums and Jimmy Pitts on keyboards.

“In February 2018, Bill Hudson announced his new Swedish/American power metal band, launching the name contest, receiving around 1500+ suggestions. The band members picked up their 10 favorite options, and the fans voted their favorite name. Today the band has revealed the final result, the winning name: NorthTale!

NorthTale have been busy in the studio, working for their debut EP, now the recordings are almost done. Get more information at https://www.facebook.com/NorthtaleOfficial

Furthermore the band has revealed “We are NorthTale” teaser video, watch it here:

…. Los Angeles-based guitarist/songwriter Bill Hudson (NorthTale, I Am Morbid, former Dirkschneider, Trans-Siberian Orchestra, Circle II Circle, Jon Oliva’s Pain and more) has become a very sought after name in the hard rock world in recent years. Whether he is in Germany headlining the biggest heavy metal festival in the world or in the studio recording guitars for a video game soundtrack, there’s never a dull moment in the life of the Brazilian musician. In the summer of 2015, he made history in Germany, headlining Wacken Open Air, performing in front of 80,000 fans with the Trans-Siberian Orchestra. Hudson joined the Trans-Siberian Orchestra also for their winter tour in 2015, performing 52 shows in six weeks throughout the US and Canada for an average of 15,000 fans a day. From April 2017 to April 2018, Bill Hudson was part of the Dirkschneider line-up, touring widely both America and Europe. In February 2018, Bill launched his new power metal band, NorthTale.”