Swedish rockers Dynazty, who recently signed to Perris Records, have posted a brand new track entitled “Lights Out (In Candyland)” at www.myspace.com/dynaztyband. The song appears on the band’s latest release ‘Bring The Thunder’, available at www.perrisrecords.com. 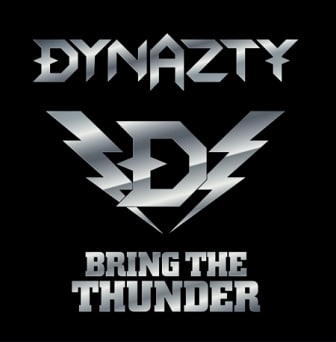 The original press released stated; Perris Records is proud to find another Swedish band to break onto the music scene. DYNAZTY’s Bring The Thunder release will hit the CD stores this summer and is available for pre-orders at Perris.

This thunderous heavy metal group dominated the Swedish live scene with its flamboyant shows and powerful anthems for many months before hooking up with producer Chris Laney to record a debut album. For one month Dynazty worked with Laney creating a fierce album that will make a lasting impression. Dynazty features Rob Love, a former guitar slinger in Zan Clan along with Chis Laney.

Dynazty will have a full feature in RockNation Issue 13 newspaper featuring many artists appearing at Rock On The Range, Vans Warped Tour, and Rockstar Mayhem festivals this summer. The band will be shooting a video and TV interview in Stockholm to appear on future RockNation TV episodes.

Drummer George Egg had this to say about the deal: “While the record industry is suffering from severe crisis most labels don’t take any chances in signing new bands. President Tom Mathers of Perris Records did a great thing by signing us (and several other new bands) and giving us the chance to get our music out to the whole world. I believe this proves that Perris is more concerned with promoting great MUSIC, which I am sure will lead to huge success in the long run. We in Dynazty need a label that believes in our music, and for that reason we are extremely happy to have become part of the Perris family.”