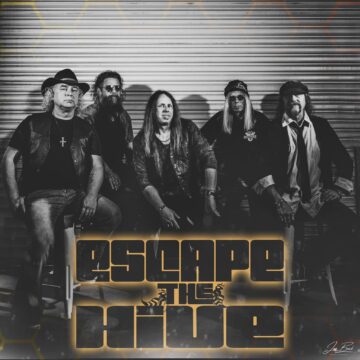 Ex-Kings of Dust, Red Dragon Cartel and Leatherwolf lead vocalist Michael Beck has resurfaced with a new ’70s styled hard rock band called Escape The Hive. You can check out Escape The Hive via their Facebook page.

Kings of Dust were founded in 2014 and consisted of Beck on lead vocals, bassist Greg Chaisson (Badlands, Red Dragon Cartel), guitarist Ryan McKay and drummer Jimi Taft got together for the first time. They released their self-titled debut album back in March 2020. About a year later, it was announced that Kings of Dust and Beck had parted ways. Chaisson, McKay and Taft ended up forging ahead with singer Ken Ronk before changing the name of the band from Kings of Dust to Atomic Kings.

In an interview with Sleaze Roxx back in May 2021, Beck spoke about continuing his musical adventure. “I’m anxious to find something that wants to record a new release and tour. Whether that’s an existing situation or a guitarist interested in writing for something new. But I’ve always been pretty motivated in getting something done whatever I’m doing. So I’m looking for a situation that is ready to go. Foot on the gas, both musically and professionally.”