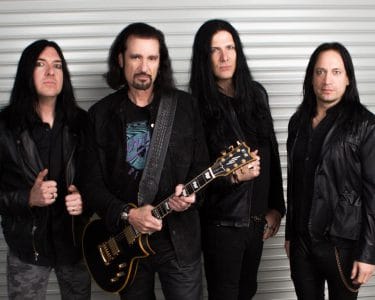 Bruce Kulick‘s older brother Bob Kulick may not have been able to come to terms with KISS on contractual terms to appear on the next KISS Kruise but that hasn’t stopped his younger sibling and former KISS guitarist from forging ahead with his own solo band.

“New photo shoot with my band. We will be performing on KKVIII, and at Revolution Live in Ft Lauderdale on Oct 30.

Last year on the KISS Kruise VII, the Kulick brothers reportedly put on a great show with Kerns on lead vocals and Fitz on drums. They played many rarely played KISS songs including “All American Man,” “Larger Than Life,” “Nowhere To Run” and “Turn On The Night.”