Ex-L.A. Guns guitarist Michael Grant has revealed who will now be backing him in his group Michael Grant & The Assassins. The band released its debut album Always The Villain via Frontiers Music Srl on July 10, 2020 but that was really a solo effort with Grant handling the lead vocals and most of the instruments. 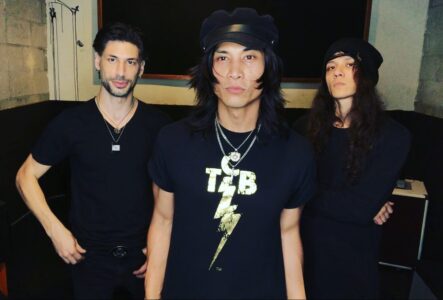 Back in July 2018, Grant had announced that his band would consist of drummer Ian Corabi and bassist Pat Thai (also known as Patrick Groves). While Thai is still a member of The Assassins, Nick Mason (Living Dead Drummer) will be the man behind the drum kit.

Sleaze Roxx stated the following in its review of Always The Villain:

“One would be excused if the name Michael Grant doesn’t immediately ring a bell. As the creative driving force behind San Francisco based alternative / hard rock band Endeverafter, and after a five-year tenure as guitarist for L.A. Guns, the talented rocker has finally broken out on his own.

Brewing since 2018, Always The Villain is Grant‘s debut album, and what a surprise it is! It’s a solid collection of 11 hard rocking tunes with a ’80s sleaze / ’90s alternative metal flavor delivered with a punk rock attitude. Grant plays all the instruments on the album except for drums on five tracks, which are performed by Shane Fitzgibbon.”