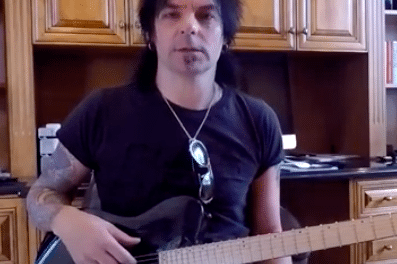 Guitarist Stacey Blades has kept busy since leaving L.A. Guns back in 2014. Blades was part of the inaugural Angels In Vein line-up that was announced back in mid-2016. In early 2017 and after the release of a few singles, Blades left that band and formed Electric Radio Kings, which put out their debut album Purrr during the first half of 2019. In mid-September 2019, Electric Radio Kings announced that singer Paul Christiana had left the group. 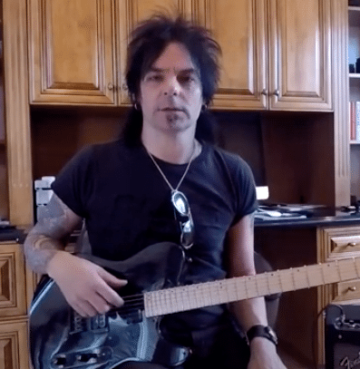 The following message was posted in part on Blades‘ Facebook page back on August 28, 2019 (with slight edits):

“So some big changes with this announcement today from our Electric Radio Kings page…. It’s been a bitch keeping a lid on this lol but the cat’s outta the bag!

Hi guys! Happy Friday! So we have been keeping a lid on this for many weeks. Gheez where to start? So last year around this time the band was right on the verge of success. We had just played in front of a huge audience of a 1000 people in Houston, Texas and our record “Purrr” had just got released under Universal Music Group. Not only that we were getting ready to sign with Larry Mazzer current Buckcherry manager and former manager to KISS, Lamb Of God and Cinderella. All that went by the wayside that night after our old singer Paul quit that night. I rebuilt the band with all new amazing members. However, since I was the only one left from ERK, we all decided it’s not the same band anymore. It’s something entirely new, exciting and very special.

I’m proud to present Crashing Wayward! We have been hard at work since March writing our debut album and starting pre-production with producer Mike Gillies (@metmixer) to bring the new sound, new direction and vibe to the world.

Thank you guys for standing with us on this new journey!