Ex-L.A. Guns (Tracii Guns version) singer Marty Casey is scheduled to release his debut solo album The Ground You Walk On on May 26, 2017. 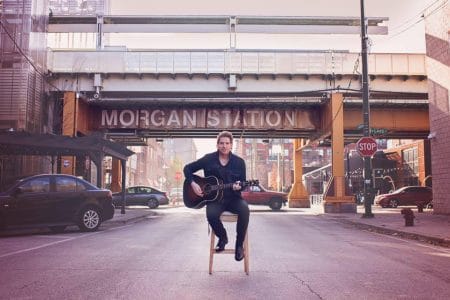 states the following in part (with slight edits) about Casey including his time in Tracii Guns‘ version of L.A. Guns:

“Martin Xavier “Marty” Casey (born September 26, 1973) is an American rock musician who is the lead singer, primary songwriter and second guitarist of the band Lovehammers. After years of building a strong local following in Chicago, Illinois and the Midwest, Casey achieved international fame on the first season of the reality show Rock Star: INXS. Casey made it to the final two of the competition, finishing as the runner-up to winner J.D. Fortune. Although he was not chosen as the new singer for INXS, he was invited to tour as opening act. In 2006, Marty Casey and the Lovehammers opened on the first leg of the INXS Switched On Tour. Many fans are happy that he remained with the Lovehammers. Marty was a fan favorite on Rock Star: INXS, receiving the most viewer votes, and topping the download charts with his performances of both covers and original material…

In 2008, he joined Tracii Guns‘ version of LA Guns. He both co-wrote and provided vocals, touring with L.A. Guns through 2009. In a 2009 interview, Tracii stated that L.A. Guns parted ways with Alexus Records and that he was unsure whether the material recorded with Marty Casey or the VH1 pilot would ever be released….”

Icon vs Icon recently posted an article about Casey and his upcoming debut solo album, and described it as follows (with slight edits): “Much-beloved Chicago frontman (Lovehammers) and Rockstar: INXS finalist Marty Casey is proud to announce the release of his first-ever solo album. The Ground You Walk On is due out on May 26th and is produced by Marti Frederiksen (Aerosmith, Bon Jovi, Motley Crue). Of the many memorable tracks, The Ground You Walk On features the song, “Anything You Want,” which was written by Frederiksen and INXS’ Andrew Farriss when Marty was auditioning to be a member of INXS. The album was recorded at Quadrophonic Sound Studios (Quad Studios) in Nashville, where such luminaries as Kris Kristofferson, Neil Young, Jimmy Buffet, Taylor Swift and more have also recorded.” 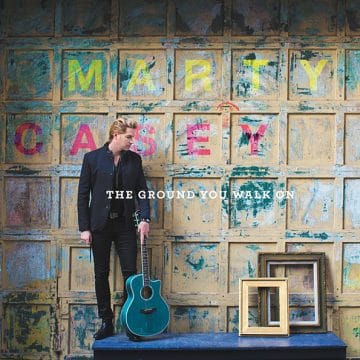 Marty and the LA Guns tore the house down at Piere’s in Fort Wayne on 7.22.08. Here’s a clip of Marty & Traci riffing with each other as they close out the …