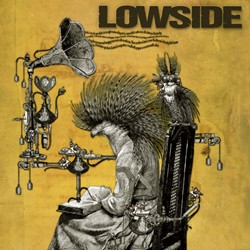 Coming back home to their families, the guys never intended to stop making music. They spent the next year or so playing in bands around Dallas, but always struggling to assemble that “perfect” band.

The two decided they wanted to step away from the band setting and start concentrating their efforts on writing music. It was during this time that Darrin made the transition from bass to lead guitar. He picked up an acoustic guitar, put everything else aside, and the guys focused solely on writing. They used home recording gear and set out to write and record anything and everything that came out of them, drawing inspiration from their own experiences and surroundings. For once, the guys didn’t feel the pressure to please a record company or anyone but themselves, they were doing it for fun. Time passed, and they decided to book some gigs as the acoustic duo Taylor/DeLatte. This gave Darrin invaluable experience playing guitar on stage for the first time. It was during this time of focus, inspiration and determination when a true turning point occurred: the Lowside sound was born.

After a year or so of doing acoustic gigs, the guys put a band together, recorded a 3 song demo and started playing shows around the area. However, they soon found themselves spinning their wheels again. Recognizing the potential of the songs, Ron and Darrin agreed it was time stop focusing on live shows and make the commitment to get into the studio and finally record a Lowside CD.

They teamed up with old friend Sterling Winfield (former engineer of Pantera, Damageplan, Hellyeah, and other well-known national acts) to co-produce the CD with them and within a few weeks, drum and bass tracks were being laid down. The Lowside CD was well on it’s way. After completing drum and bass tracks at Nomad Studios, the guys moved to Skyline Studios in Dallas to track guitars and vocals. All the while, Sterling was working to complete his own studio, Boot Hill Studios, inside his home. Soon after starting vocals at Skyline, Sterling’s studio was ready to go. The guys then moved to Boot Hill where they spent the next year completing vocals and finally the mixing of the CD. The guys topped it all off by recruiting hard rock icon Maor Appelbaum to master the CD. The final result is quite a departure from anything the guys have done in the past, with a heavier, straight forward, hard rock style.