Former London lead vocalist Michael White was interviewed by Alexandra Heck for the Orangeville Banner and he spoke of his time in London with bassist Nikki Sixx, guitarist Lizzie Grey (R.I.P. — 1958-2019) and drummer Dane Rage. 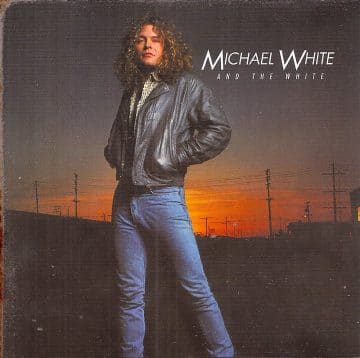 White stated: “I loaned the band some money to get ready for a show that night.”

Apparently when White went to get money from the venue after the band had played, he was told that Sixx took the money.

White continued: “Nikki was hopelessly on drugs… I quit the band.”

You can read the rest of the article / interview with Michael White at Orangeville‘s website.

Wikipedia states the following about White‘s time in London (with slight edits): “London was formed in 1978 by Lizzie Grey, Nikki Sixx and Dane Rage (real name Dane Scarborough). The three met when Sixx and Rage were recruited to play bass and drums for Sister, the band that Grey was in with Blackie Lawless. This lineup did not last long and soon Grey, Sixx and Rage left to form London.

London was briefly joined by Michael White as the vocalist, who bore a resemblance, both in voice and image, to Robert Plant. After disagreements with the band, White left to focus on his own band, The White. For years, London tried to get a record deal, but the formula was not working until 1984, when Nadir D’Priest and Brian West joined the band.”