Today is apparently the two-year anniversary of the first gig played by Bobby Blotzer’s Ratt Experience (which a few months later turned into Blotzer‘s version of Ratt) at Vampd Vegas in Las Vegas, Nevada, USA and the group’s former manager, Jason Green, apologized today for being involved in what he described as a “sham.” 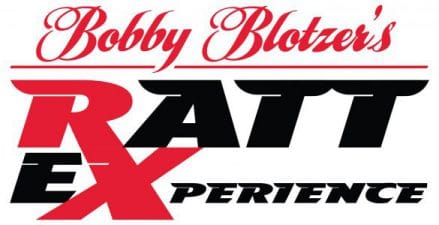 “I’ve done a lot of really stupid things in my life & worked with some really awful people, but this by far was the worst! I apologize to anyone who had to endure a second of this sham.

The difference between me & some people is that I’m playing a gig tonight.

Sleaze Roxx interviewed Green back in November 2016 and the current bassist of the Sin City Rejects explained how Blotzer‘s Ratt came to be: “… So anyways, right before [Sin City Sinners’] ‘Let It Burn’ came out, we had Bob Blotzer come in as a special guest. And we had him before a bunch of years ago. And you know, he was fine. He was drunk. But he played the Ratt songs OK and that was that. It was easy. He wanted to come back and do it again, and we felt “Why not?” So I said, “Let me try to make it special.” Our singer at the time, he didn’t know any Ratt songs. He’s 30 years old. He didn’t grow up with Ratt. So we asked him to learn a song and what I did was call Jizzy Pearl — who’s a friend of mine — and I asked him, “Why don’t you come in and sing with Bob?” since he was with Ratt for seven years. I also needed a guitar player that could really play the Warren [DeMartini] parts. There’s this kid in town named Blaze who was 21 years old at the time and he’s outstanding. Not just for his age but he’s better than guys who are way older. Just a really talented young person. I knew he’d be good so we brought him in.

The band was Scotty Griffin [former LA Guns] on bass, Michael Ellis on guitar, Blaze on guitar and you know, Josh singing, and Bob behind the drums. He wanted to play a few cover songs, we did a few Ratt songs. It went over really well. 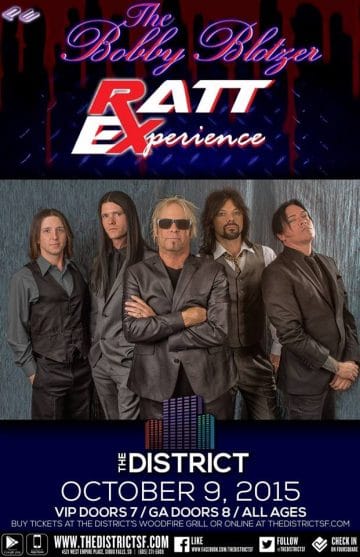 I should point out in that time, he was calling me. He was already obnoxious and I should have taken the hint. I can tell you the worst day in Sin City Sinners history was the day that we got involved with Blotzer. The day that he came to play was the downfall, of that line-up at least. So he called me. We played that show maybe on a — I can’t remember. Might have been a Saturday and then he called me on a Monday and said, “Bro. We’re going to make some money. I want you to manage a band with those guys. We’ll go on the road and play those songs.” At that point, he convinced us that the other guys in Ratt did not want to play and this was the only way that he could play the music. He has a way of spinning things so that you believe him, you know?

And we started bouncing ideas and I came up with the idea of “Why don’t we call it the Ratt Experience?” I just stole it from the Jason Bonham’s Led Zeppelin Experience. He really liked it and we were going to do that but Warren [DeMartini] called him and said, “You can’t use the logo. You can’t call it the ‘Ratt Experience.’ Why don’t you call it ‘Bob’s Cellar?’ So, he had to name it Bobby Blotzer’s Ratt Experience.

I knew that I had four guys looking to make a salary and myself. I thought that it was good press for the Sinners. I never thought that we would end up trying to pretend that we were Ratt. And why not? Let’s give it a shot. We were all in it together. We were all going to fly out of Vegas together. Some of the guys were green and had never traveled before. Scotty and I were the only ones who had any history with you know, a detailed history with a band. So I traveled. I handled all the arrangements, booked their flights, met them at the airports, made sure they knew what to bring and what not to bring.

Bob was booked on a separate flight so nobody had to deal with him too much. And we thought, “Maybe he’s not so bad? Maybe these horrible things that you hear about him on Metal Sludge — maybe it’s exaggerated.” Well, usually when there’s smoke, there’s fire. I have worked with a lot of people in my life. He’s by far the worst I have ever known. This is not sour grapes. People will try to say, “Oh. You’re just bitter.” No. I just think that people need to speak out and that’s why I have chosen to be public. Also because I have been threatened. I have been threatened legally. I have been threatened physically. I have been accused of horrific things. So you know, I am going to stand up and fight.”