Former Metallica bassist Jason Newsted back in the public limelight 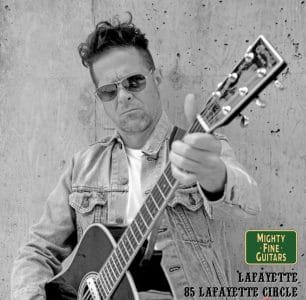 “According to a posting on NewstedHeavyMetal.com, former METALLICA, VOIVOD and FLOTSAM AND JETSAM bassist Jason Newsted is “not on Twitter, Instagram, Facebook, or any other social networking website as of September 15, 2014 & and has no affiliation with any such impostor sites using his name or likeness unlawfully.”

Jason in February canceled an appearance at Australia’s Soundwave festival with his band NEWSTED, citing “private and personal circumstances.” The cancelation followed more than a year of intense touring and promotional activity surrounding the release of NEWSTED‘s “Metal” EP and follow-up album, “Heavy Metal Music“, both of which were positively received by the critics and fans alike.”

Today, Mighty Fine Guitars has announced on a Facebook event page promoting a “Might Fine Webcast: Jason Newsted” for July 22, 2016 at 12:00 pm that: “Jason Newsted, he of Metallica, Voivod, Newsted and Flotsam & Jetsam stops by to talk about his new (mostly) acoustic project and whatever else comes up. We’ll probably play a bit, as well. Fascinating cat. Tune on in to the Mighty Fine Guitars Facebook page.”

This is great news for fans of Jason Newsted whose two releases under the band name Newsted received positive reviews from Sleaze Roxx who stated in its review of Heavy Metal Music back in September 2013: “There is no doubt how proud Newsted is of being part of the metal culture. In addition to the album being aptly named Heavy Metal Music, you can find various slogans such as “…Long Live Heavy Metal Music!!!” and “Listen To Metal” inside the CD. I think it is safe to say that Newsted is doing metal proud with Heavy Metal Music.”

NEWSTED – Above All (Official Lyric Video)

The official lyric video for the track “Above All” from NEWSTED’s full length album, HEAVY METAL MUSIC available now on iTunes:https://itunes.apple.com/album…