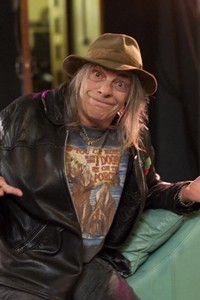 Former Motorhead guitarist Wurzel has passed away at the age of 61 accoring to Lemmy bass tech Tim Butcher. In a Facebook posting Butcher stated, “RIP Wurzle. Great guitarist an a complete gent… we will miss you.”

While no official statement has been released stating the cause of death, rumors are circulating that he suffered a massive heart attack while at home.