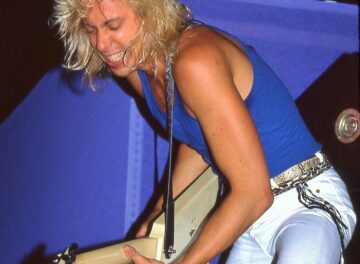 Ex-Night Ranger guitarist Jeff Watson apparently had a close brush with death as he is recovering from not one, but two brain surgeries in the last two and a half weeks.

The following message was posted on Watson‘s Facebook page yesterday: 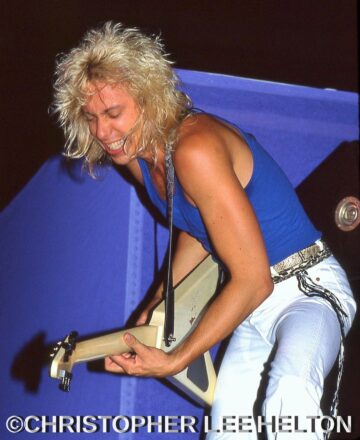 “I’ve been in ICU for two weeks after having two holes drilled through my skull for access to my brain to put in a drain pipe to remove the blood gathering in my brain cavity 2 weeks ago so I wouldn’t die..

And I haven’t yet.. so thanks to a very good and cool neurosurgeon y’all are stuck with me for a bit..

And two days ago, Wednesday, I had another brain surgery procedure to stop an artery from continuing to leak into my cranial cavity..

Here’s my memory of Wednesday..

My Weirdest Day Ever (that I can recall..) after my first brain surgery 14 days ago..

I arrived at UCSF radiology early Wednesday morning to be gowned and hooked up to IVs and multiple blood pressure cuffs, then after an hour or so was taken into a surgery theater bristling with gear and gadgetry that would have made Captain Kirk envious..

Hooked up to more machines and given pure oxygen feed and just enough IV sedation to keep me just awake enough to respond to oral commands.

My right arm was cinched down and two BP cuffs were reattached, my head was taped down, and my entire crotch area was shaved and sterilized, a veritable NASCAR pit crew started having at me like I was already losing the race..

Directly to my left were 9 large video monitors racked together and hanging from an amazing movable ceiling system, and large X-Ray cameras were right above my head, they numbed my right arm with lidocaine lotion, the surgeons (three) arrived and they started the needle / catheter up my artery into my brain.

As the radioactive fluid hit my brain I started tasting a metallic flavor unlike anything good ever prepared in a kitchen.

Once the catheter actually hit my brain I felt a strange sharp pain so alien that I became extremely frightened, and they assured me it was sometimes expected and to please lie still..

I could move my eyes just enough to see the screens to my left as the catheter hit my brain and the vessels, the size of rivers on the screen around my brain, were pulsating with every heartbeat.. so more freaking out..

Eventually, the pain in my brain started slowly subsiding as they started slowly removing the catheter from my artery and the procedure finally, slowly came to an excruciating end…

I was then sent for observation for two hours with clamps on my right wrist and arteries, after which Yolande came in and helped me dress and watched as they taped me up, removed the IVs and cuffs, and was allowed to sign my discharge papers and wander around SF trying to remember where we’d parked the car… (Thank goodness Yolande has such a great memory to go along with her unbelievable people skills.. never has there been a more kind and beautiful wife / partner / nurse!)

Home now, need sleep and nutrition, so more info to follow once my synapses start regrouping and my memory fully returns.. (on top of everything else, my guitar capabilities took a pretty big hit, so it’s back to bed with metronome practice, and rebuilding my skill set to try getting my hands back into shape…