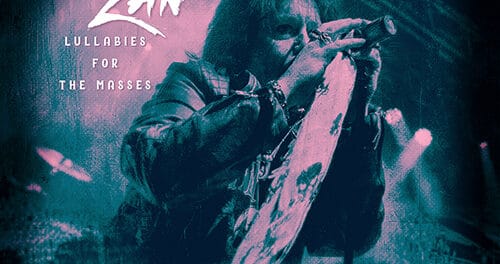 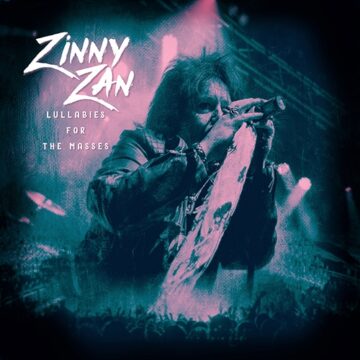 In an interview with Andrew DiCecco for Vinyl Writer Music, Zan was asked about his previous band Zan Clan and he also mentioned his upcoming new album Lullabies For The Masses. Zan indicated:

“Well, it really came up because of Chris Laney, the guitar player. He really loved the Shotgun Messiah thing, and he said, “I can’t believe that you’re not doing anything.” I said, “Well, I am. I’m always writing music.” He said, “But you should be up on stage.” So, I went into a studio with him, and we did the Zan Clan albums. It was absolutely fantastic; we toured with Whitesnake; we toured with Queensryche before we split up! I always like a good journey, so that’s when I looked into making music and singing in my native language. So, what I did was, from 2016-2020, I did three albums in my native language Swedish under my real name Stagman.

So, that’s what I’ve been doing, up until now, when I have the Zinny Zan that we are gonna release now. We’re gonna have the first single out on January 14th, and the album will come out on May 20th. So, we will have four singles out — one single a month — January, February, March, April before the album comes out May 2022. So, this new Zinny Zan is a group thing, I’m absolutely psyched with it. I loved the Zan Clan stuff that we did, it was really, really good, but this time around, I think this is even better. Being away from the English style of writing music and being in my native language for three years writing three albums, I really had the hunger back that I did when I was a kid. You know, the first time when you realize music and want to be a musician. I have that again, all of a sudden. At my age, I thought, “Wow, this is fuckin’ amazing. This is fun. Let’s do this.” I’m really, really happy and proud of this album.”