It appears that ex-SteelCity singer Bryan Cole will be the first to release a new album when it comes to his former band as the singer is getting ready to self-release his new solo album Desire. Cole handled the lead vocals on SteelCity‘s debut album Fortress that was released last year.

Sleaze Roxx stated the following in its review of Fortress and in particular Cole‘s singing: “Putting on my melodic rock hat, the album’s songs are very well constructed, the background vocals are well executed, the melodies are there for easy sing alongs and there’s a real feel good vibe to the record. I think that you could give Cole just about any song and he would magically turn it into 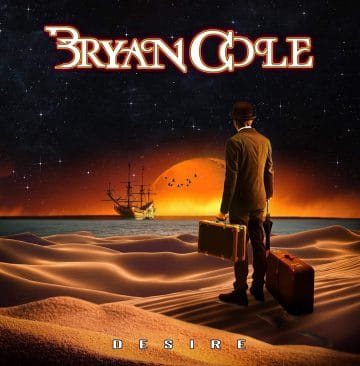 a melodic rock gem. The man has a great voice and I can understand why Floros decided to do an entire album with him rather than I believe his original idea of bringing in guest singers to do a solo album. Hell, I even like the faster paced ballad “Someone Like You” and that is largely due to Cole’s powerful voice. My favorite songs on Fortress are the harder edged “Passing Ships” which has a real U2 / Edge guitar feel to the verses and the cover of Vinnie Vincent‘s “Back On The Streets.” There is not one weak track on the album largely because Cole is such a good singer. He could probably rescue and make palatable any song that he was given to sing.”

The following message was posted by Cole on the M3 Rockers‘ Facebook page earlier today:

After a long and hectic struggle trying to find the right label home for this new record, I have decided to release this record without a label. Meaning, I’ll be self-releasing. This record means a lot to me. I have spent the better part of an entire year recording, writing and even mixing this all by myself and am I’m not willing to make certain sacrifices to “give” this album away for peanuts. Win or Lose, Success or Failure, it’s on me and I hope you’ll support this record because I’m truly proud of it!

So, what to expect…. musically, a bit heavier than “Sands Of Time‘ with emphasis on guitar driven, catchy hooks and big production! A very special thanks to my buddy Bill Leverty for adding a killer solo on the title track, Sam Bell and Douglas Thomas Kasper for helping me to dial in the right guitar tones and helping me when I needed another great set of ears! The gifted and amazing Nello Dell’Omo, for his art design in creating a stellar cover and design! As always, my long time friend and songwriting partner DJ Gleeson for his talent and dedication.

Last but certainly not least Andrew McNeice, for believing in me from the start and getting me out there. He discovered a previously unreleased GIANT song and sent it to me. I absolutely LOVED it (duh) and once I got Dann Huff‘s blessing to record it, I was so excited to record it! That song will be featured as well on the new album! I’m so excited about finishing the mixing and releasing this latest work to the world! I hope you love it as much as I do! GET READY FOR “DESIRE” –BC“