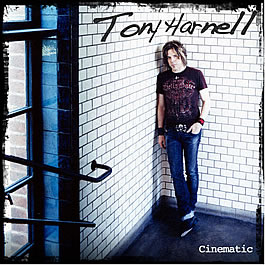 Due to strong demand for new material, former TNT vocalist Tony Harnell has made 6 high quality song demos available to his fans.

Recorded in Sweden for his upcoming solo album between 2006 and 2007. Three of the songs were featured on My Space, including the fan favorite “The Show”.

Not all of the great songs featured here will end up on the finished album so this is your chance to own something very special and be a part of the creative process.

Tony will sign the first 1000 copies so hurry and get yours now before they’re sold out! You are buying these cd’s directly from Tony so please allow two to four weeks for processing and delivery.

U.S. fans and fans outside the US can buy the CD at www.tonyharnell.com