Canadian indie rocker Ian K., also known as Ian Kurz, who at one point auditioned with and co-wrote two unreleased songs with Velvet Revolver, has released a video for his song “Your Hero” from his upcoming full-length album, which will be released in 2017.

If you go to Ian K.’s website, you can receive some of his songs free of charge via e-mail. 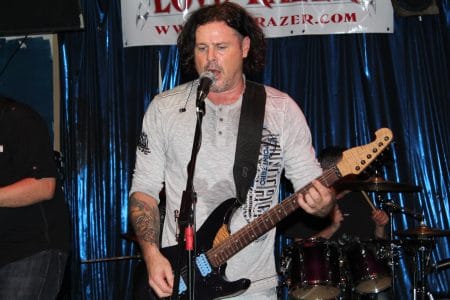 “Ian Kurz has been a guitar player for most of his life and has been singing and fronting both original and cover bands in various capacities for years and years. Ian’s versatility allows him to be a singer, a singer/guitarist, guitarist, or whatever is needed. Vocally, Ian has fronted such bands as “One Good Hand Grenade”, “The Bomb”, “5150”, and “The Big Bang”. On guitar, Ian has been found doing the part of rocker Rudy Schenker in the Ontario based Scorpions tribute, Blackout, however most recently he has been playing the part of Paul Stanley in Canada’s premiere KISS tribute band, Destroyer. As a result of playing in bands like these, he has more live experience than most musicians, ranging from intimate pub crowds, to audiences numbering as high as 25,000 at shows like the Calgary Stampede Grandstand Show. In the past, he’s played for various radio station promo bands in southern Ontario. 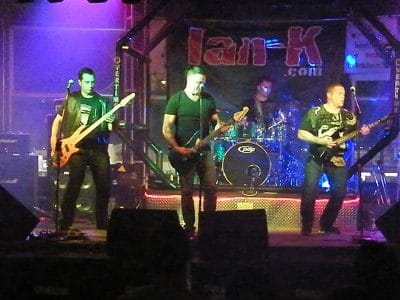 All the while, Ian has had his own musical ideas running through his head and he has been committing those ideas to recording as of late. Drawing inspiration from bands such as Bon Jovi, Aerosmith, Nickelback, etc, Ian prefers to write songs that are rock/hard rock oriented.

His list of bandmates is to be envied including playing with Mike Turner (Our Lady Peace) and Mladen Alexender (Triumph, Von Groove, Tom Cochrane). Ian was invited to audition for the hard rock supergroup Velvet Revolver, co writing two unreleased songs with them while they search for a replacement for Scott Weiland. Music has always been the biggest priority in Ian’s life.

When he’s not playing live somewhere, Ian can be found working on his music related websites www.discoveryoucansing.com and www.backing-tracks-for-bands.com where he creates many of the backing tracks that MIA use for their live performances. Ian has written and performed music on radio commercials and prefers to make music whenever he has the opportunity. When not making music, he loves to experience life and can be found doing outdoor activities such as camping, white-water kayaking, scuba diving, rock climbing etc.”