Former Vixen lead vocalist Janet Gardner is busy these days as she just announced that she completed her third solo album alongside her husband and guitarist Justin James. Gardner previously released the albums Janet Gardner (2017) and Your Place In The Sun (2019). The singer has been quite prolific in releasing her solo material during the last few years. 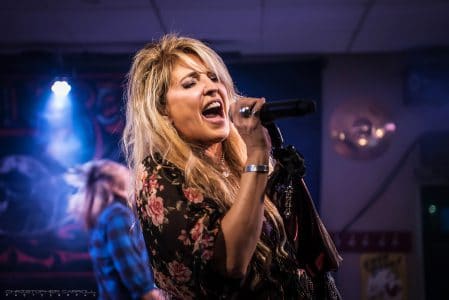 The following message was posted on the Facebook page titled Janet Gardner Page on April 21, 2020:

“While there are similarities, in style, to the first record, there are many changes as well. It still shocks me that Janet and Justin write and arrange these songs themselves. These aren’t just simple jam songs. Each include many parts, mood changes, tempo changes, and even time signature changes. The beauty of all of this is that the songs flow so smoothly that you’ll barely notice! All bands write music and put lyrics over it and some even interlink them so well that it’s cohesive but these two have a wonderful ability to deliver a story, along with all of its sentiments, in the form of a song. The marriage of the music and the vocals is so solid that I find myself becoming so invested in the song as a whole; I just sit back being entertained. The background vocals sound great. It’s not just one simple harmony. In parts, you’ll hear a blanket of background vocals. They’re built into the song so well that sometimes you don’t realize they’re there.

Listening to this, you’ll be reminded that Janet’s voice is amazing. Many people can hit the notes but she has such control of her voice that she is able to add so many ‘colors’ to it. Whatever color fits the song — the anger, the pain, the longing — you hear it all in her voice as she conveys that emotion and delivers the story convincingly. Not every singer can do that.”