Former W.A.S.P. drummer Mike Dupke does not think that Blackie Lawless is hard to work with 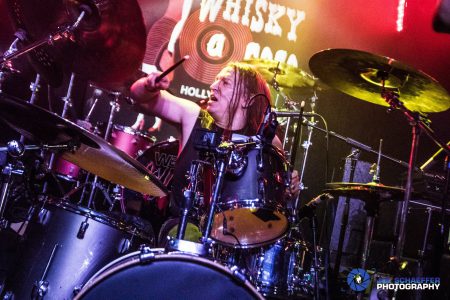 On whether W.A.S.P. frontman Blackie Lawless is hard to work with, Dupke opined (as transcribed by the 80’s Glam Metalcast podcast): “I don’t think so. I know a lot of people ask that because he has the mystique of being a hard nosed business man and a task master. All he ever asked of anyone he worked with is that you gave it your all. I learned so much from him and I will always be grateful for my time in the band.”

On the straightforward nature of the Dominator album, Dupke indicated: “Dominator and Babylon were very well received. More so than some of the releases before. After The Neon God 1 & 2, even he thought it was too much story and wanted to pull it back a bit. That’s why Dominator was a lot more straightforward. When it comes to the songwriting he sweats every note. Even once somethings on tape, he will continue to work on it and try to make better. I’ve never seen anything like it.”

You can listen to the interview with Mike Dupke by Metal Mike for the 80’s Glam Metalcast podcast below: