Former W.A.S.P. guitarist Chris Holmes was part of a panel on The Metal Voice that was interviewing Thor about his upcoming new record Alliance. 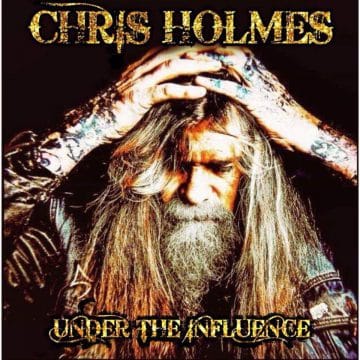 During the Thor interview, Holmes was asked to provide a timeline for his own upcoming solo album. Holmes stated (as provided by The Metal Voice): “I just finished up the last guitar solo yesterday. I’m sending it to the guy that is mixing it and then he can put it on and start mixing all the rest of the songs. Then he will send it to me and I ok it. It will probably be released in three months. Probably done in a few weeks but it takes time to do the other stuff. It would have been done a long time ago if the Covid hadn’t hit it has just been postponed. It will be self released, it will be easier to sell on Bandcamp and at my shows.”

In terms of the songs on his upcoming solo album, Holmes indicated: “All the songs on there are about what I have done in my life experiences and stuff like that. In regards to the songs there is one ballad called ‘In God’s Hands’ and the rest of the stuff is heavier.”

Holmes last released an EP titled Under The Influence in late 2020.

Sleaze Roxx stated the following in its review of Holmes‘ last full-length studio album C.H.P., which was released in March 2016: “Even though Holmes has delivered for the most part, one awful and at times unlistenable (mostly due to his “vocals”) album, or “the best of” from two presumably and likely awful albums, I would still go see him play live hoping to hear a few W.A.S.P. classics and because after all, it’s Chris “Fucking” Holmes. I suppose that I am still hoping that the “magic” will somehow reappear. That being said, with W.A.S,P.‘s frontman Blackie Lawless still coming up with some good to great albums, it strongly appears that Lawless and not Holmes was the key architect behind all those great W.A.S.P.albums. Not all is lost for Holmes as simply abstaining from handling the lead vocals might result in a pretty good album from the iconic guitarist.”

You can listen to the interview with Thor on The Metal Voice below: