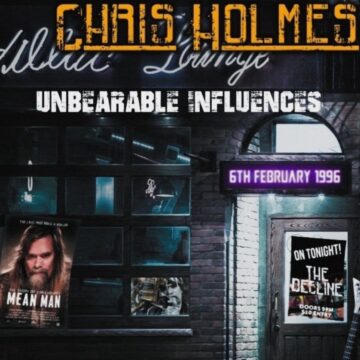 Holmes‘ Bandcamp page indicates: “Christopher John Holmes is an American heavy metal guitarist and songwriter. He is best known as the lead guitarist of heavymetal band W.A.S.P.. Together with Blackie Lawless and Randy Piper, he was one of the founding members of W.A.S.P.. Since 2015, Chris is back with “Chris Holmes & The Mean Men” with Oliver Tindall (lead singer & guitar), Lex Gifford (bass) and Stephen Jackson (drums).”