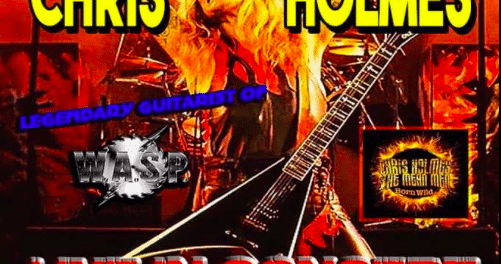 Former W.A.S.P. guitarist Chris Holmes to tour Canada in 2020 from April 16th to May 9th

After what can only be described as his self-imposed exile in Europe for a number of years, former W.A.S.P. guitarist Chris Holmes will be touring in North America again but apparently only in Canada for the time being. 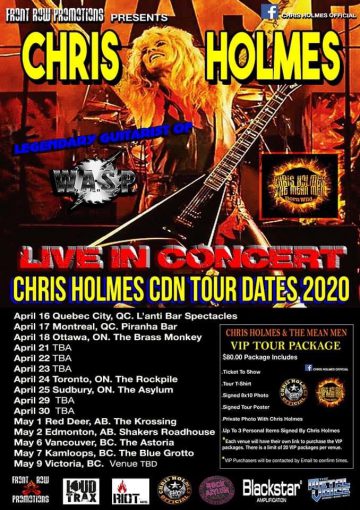 Front Row Promotions has announced that Holmes will be embarking on a lengthy tour of Canada consisting of 15 tour stops between April 16, 2020 and May 9, 2020. So far, 10 out of the 15 dates have been confirmed.