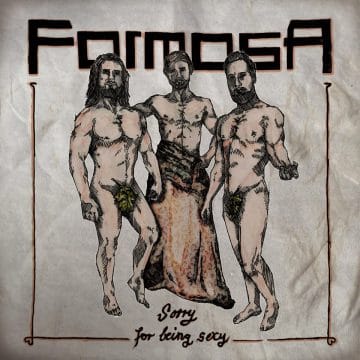 German rockers Formosa have released a video for their song “Mañana” from their upcoming studio album Sorry For Being Sexy, which will be released via Sweepland Records on March 2, 2018.

“Mañana – the phantasy of a teenager

The rebellious energy of Rock‘n’Roll is always there. If you want to break free or you simply are not going to take it anymore. The teenager in this music video wants to rock, so instead of going to bed like his mother is telling him, he starts listening to his favourite band “Formosa”. Very quickly he is diving into a Pool of imaginations. There are no boundaries for a young mind. He is watching the Poster of “Formosa” when it is suddenly coming to life. The Statues that are standing in the white room are not moving yet, but the rest is. The moment the mother sends him to Bed again the Statues start moving, singing and finally play as band together. Even if you sleep Rock is alive!”

Mañana is the new single of the german Hard Rock Band Formosa.The single is taken from the album “Sorry for being sexy” released March 2nd 2018.Order Album (…