Sunset Strip rockers Fortress have released an album titled Waiting For The Night via SonicAge Records / Cult Metal Classics. The album was more than 30 years in the making. 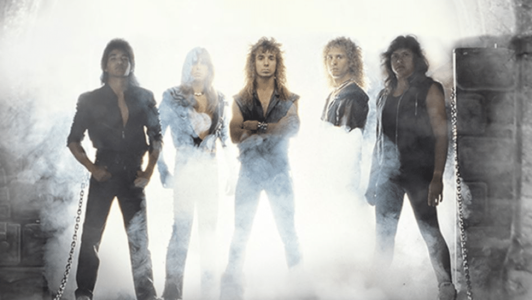 “When Will The Fighting End,” the first single from the album premiering on YouTube Friday, February 19, shows that Fortress was, in many ways, ahead of their time. “This song was written in 1985/86 but has never been so globally relevant as it is now,” states Fortress keyboardist, Chris Turbis. “The  video has live clips from (famed Hollywood rock club) Gazzarri’s throughout, and shows violent fighting/protests from throughout the world in between clips of live footage. Towards the video’s conclusion, says Turbis, “there’s footage of police and people making piece, finally showing respect for one another.” 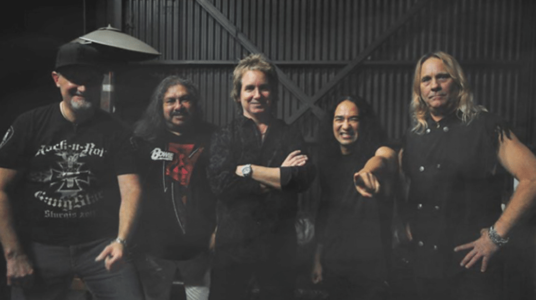 Smith in the crowd, watching us, at any given show,” recalls keyboardist Turbis. Fortress often shared the same bill on one of the many always-packed Sunset Strip clubs – The Whiskey, The Roxy, The Troubadour, and Gazzarri’s – with heavies like Poison, Warrant, and Alcatrazz, among others.

The quintet was this close to a record deal in the late eighties when the appetite of the entire record industry shifted overnight with the introduction of grunge bands like Nirvana. The Sunset Strip changed overnight, and so did the palette of every record exec who still had a job.

Fast-forward to December of 2017; Fortress reunites for a One Night Only performance at a local club for a friend’s party, and it opened the door to a possible Fortress future. It was with the assistance of Christine Tsaprouni, hostess of iScream radio show, that the band received interest from Sonic Age Records / Cult Metal Classics, who specialize in releasing recordings from bands in the glory days of metal. Agreements were made in mid-2020, and “Waiting For The Night” was released in January, 2021.”

Fortress‘ “When Will The Fighting End” video: