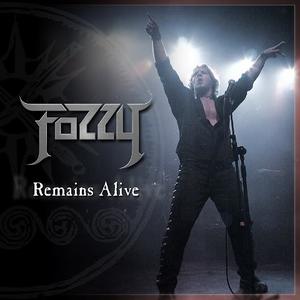 FOZZY, the band featuring WWE Wrestling Superstar Chris Jericho & Stuck Mojo Mastermind Rich ‘The Duke’ Ward release their first ever live album ‘Remains Alive’ as part of a special very limited edition ‘Survival Pack’ as a lead up to their upcoming new album ‘Chasing the Grail’ to be released via Riot Entertainment on 26th January, 2010

Remains Alive was recorded in Brisbane, Australia on the ‘Fozzy in Aussie’ Tour in September 2005 and contains songs from all 3 previous Fozzy albums! ‘Remains Alive’ is ONLY available in this limited edition ‘Survival Pack’ – STRICTLY Limited to 500 packs – only!

The ‘Remains Alive’ CD & Survival Pack is only available online from Riot. CLICK HERE to check it out in the Riot Store. These are extremely limited and are expected to go very quickly, so get in fast!