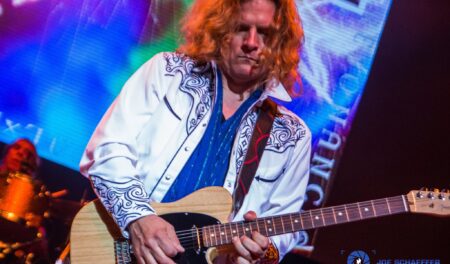 Tesla guitarist Frank Hannon was recently interviewed by Jimmy Kay and Perrin Wolfson for Canada’s The Metal Voice. Tesla have recently released a new single titled “Time To Rock” while their last studio album dates back to 2019’s Shock. 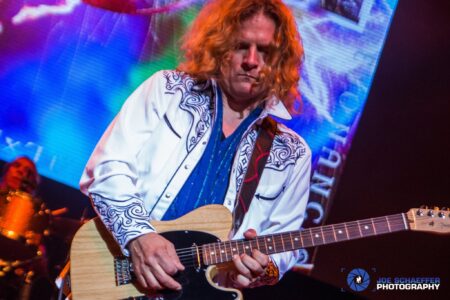 With respect to Tesla releasing a new single and going on tour rather than coming up with a full-length record, Hannon indicated (with slight edits): “You know, we’ve made a lot of albums, we’re pushing a lot of years and we’ve done a lot at this chapter of our career. It’s much more rewarding to get together and focus just on one song without the pressure of trying to fabricate 10 songs to create an album. If you rewind back to our first album and the first six albums that we made, that was a different time. I mean we spent years writing that first album in the clubs and had a lot of time. These days, it’s just more productive for us just to kind of focus on one song without any pressure and we’re really enjoying that. We’re living more in the moment. The process of making a full-length album would force us like we’ve done before, to lock ourselves in a room and try to force them out (songs). Whereas right now with the way we’re doing it it’s more in the moment and we get to enjoy the songs as they’re relevant in the moment when we write them going on with what’s going on in the world and what we’re being inspired by.”

In terms of whether Tesla will be working on new music soon, Hannon stated: “I have a lot of ideas and stuff for solo albums that are  filled on my hard drives. I did some music with Brian Tichy, an amazing drummer. He and I recorded  three songs last year that have never been released. I’ve got some instrumentals that are out of this world crazy experimental stuff as a solo artist.  I may put that stuff out but I’m not in a hurry to do it.  I’ve just archived it right now because I’m focusing all my energy on Tesla and Jeff Keith and I being the fundamental writers for the band, we have another ballad that we’re working on it’s called, “All about Love” and it’s really  like a segway from ‘love song’ and that side of our band. We did put out the singles “Cold Blue Steel” and “Time To Rock”, then we got that ballad and we’re just gonna keep cranking them out in the moment. Then the album will come at the end of that creative run and I can’t can’t give you a timeline but we will put them all together on a collection.”

You can read other excerpts from the interview with Frank Hannon at The Metal Voice‘s website and/or listen to the interview below: