Quiet Riot‘s long-time drummer and band leader Frankie Banali was recently interviewed by LA Weekly in order to promote the band’s latest studio album Hollywood Cowboys, which will be released via Frontiers Music Srl on November 8, 2019. 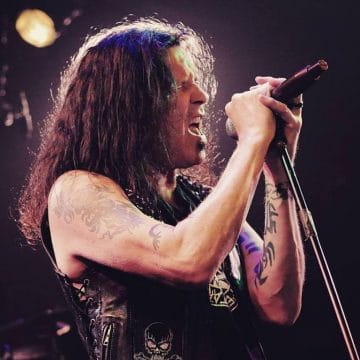 Hollywood Cowboys features Quiet Riot‘s now former singer James Durbin who quit the band in or about early September 2019. Shortly after the news that Durbin was longer in the band, it was announced that lead vocalist Jizzy Pearl (Love/Hate, L.A. Guns, Ratt) was returning to the band. Pearl‘s first stint in Quiet Riot was from 2013 to 2016 and he handled the lead vocals on the six studio tracks on the Quiet Riot album Ten.

In terms of supporting a new album but with a different singer, and whether that makes the band’s process and rehearsals a little odd, Banali indicated: “Actually not at all. I reached out to Jizzy Pearl before looking at any other potential singers because I always thought that Jizzy was a really good fit for Quiet Riot and is a total pro. He welcomed the opportunity to return to Quiet Riot which made me very happy and we replaced our former singer in less than 24 hours.”

Earlier this week, Banali revealed that he had been diagnosed with stage four pancreatic cancer back in April 2019. In terms of how treatments are going, Banali advised: “The plan is to continue treatments based on a schedule that won’t interfere with me returning to playing live dates. I will be able to fly to dates again around December of this year.” Banali will be returning behind the drum kit for Quiet Riot tomorrow (on October 26, 2019) at the group’s upcoming gig at the Whisky A Go-Go in West Hollywood, California, USA.

You can read the rest of the interview with Frankie Banali at LA Weekly‘s website.