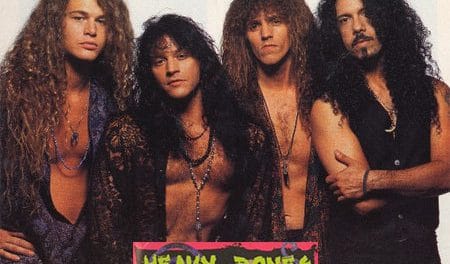 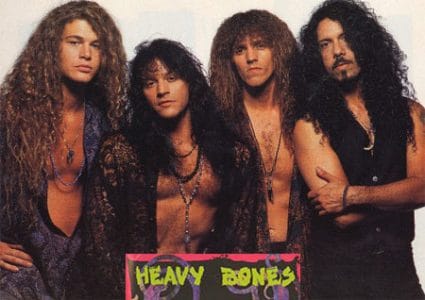 Banali was asked whether there were any chances of a Heavy Bones reunion and/or new album to which he replied: “Probably not; I know that Joel (Ellis) the singer had lobbied for it a lot. I know that Gary (Hoey) has been doing his own thing for a while and I’ve played on two of his solo records. I love Gary and he’s great and a phenomenal person, but he’s not interested. I wasn’t all that interested because bass player Rex Tennyson, who is a great bass player and a really sweet guy but he’s kind of disappeared off the face of the earth. I think Joel wanted us to do it with his son. It was a great record and a great record for its time; it’s unfortunate that it came out on 1992 when nobody cared about that kind of music. That band never toured and I think we did under a half dozen shows, if that. If it didn’t work back then, I don’t see it working now.”

You can read the rest of the interview with Banali at I’m Music Magazine.

Wikipedia states the following about Heavy Bones (with slight edits):

“Heavy Bones were a heavy metal band from Hollywood, California that formed in 1990. The band consisted of Joel Ellis (vocals), Gary Hoey (guitars), Rex Tennyson (bass), & Frankie Banali (drums). Even though Tennyson is listed as the bassist, Scott Thunes played all the bass tracks on the album; Tennyson appeared in their one and only music video, 4:AM T.M. Their one and only album was released on Reprise Records in 1992. The Richie Zito produced self-titled effort did not sell very well and the band ceased to exist shortly thereafter.”

a rare and the only video by this short lived band