The France based sleaze glam rockers have released two albums consisting of Démo (2008) and Bitches Palace (2011), and they are poised to release a third album entitled Dirty Dollz in the apparent near future. 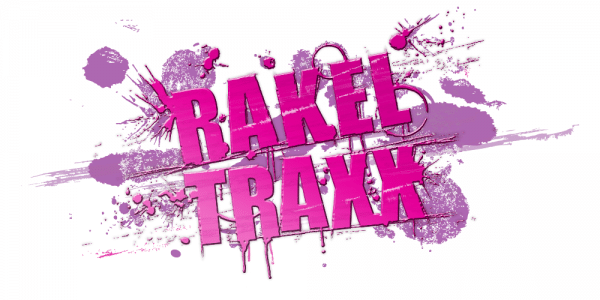 Rakel Traxx‘s bio on their Facebook site, which seemingly could be updated, states (with slight edits):

“Rakel Traxx is more than a band, it’s a bunch of friends, hanging out together since they were kids and for whom Sex, Drugs & Rock n’Roll is not just phrase but a real credo. The band started in Marseille (french riviera), their hometown, where they were used to messing around in the few clubs & bars. One of these nights, they decided to create Rakel Traxx, a Sleaze rock band tainted with punk & metal, as a tribute to LA’s 1980 glam scene.

In 2008, they recorded their first EP and hit the road in France & Europe with bands as Hardcore Superstar, Pretty Boy Floyd, Adam Bomb, Gemini Five, Blackrain and Dagoba. Their shows are a precise mix of raw energy & glitters, their live reputation is no longer to be made, and fans are already asking for more, they simply rock the stage out.

In 2010, the band is back in studio for their first album « Bitches Palace » released on Shotgun Generation Records in 2011. This album will, without a doubt, write their name within the Sleaze rock legends. Stay tuned, they’ll be back on the road pretty soon.”

Sleaze Roxx stated the following in its review of Rakel Traxx‘s EP Bitches Palace released in 2011: “Bitches Palace contains an impetuosity I would usually love, but the result here is songs that are too similar and that don’t sound well enough thought out. I think Rakel Traxx is pushing at something here and I reckon they could deliver a hell of a live show — the recording and writing side just needs refining, and I look forward to hearing it.”