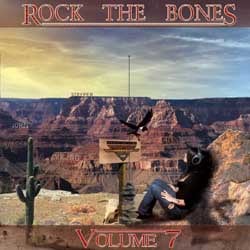 Frontiers Records (www.frontiers.it) is pleased to announce the release of the Seventh Volume of the ROCK THE BONES label sampler on November 6th 2009. The item’s tracklisting does include some of the current and upcoming label hits and does feature some very interesting premieres such as the new GIANT single “Promised Land” which will be included in the band’s anticipated fourth album to be released in 2010, THE MURDER OF MY SWEET debut single “Bleed Me Dry” and “The Beauty Of Dreams” from Brazilian Aorsters AURAS.