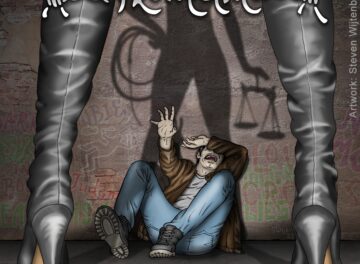 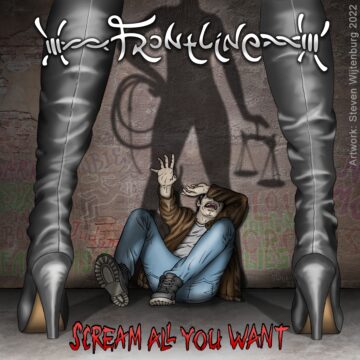 “Frontline is a hard rock band from Delft, the Netherlands, consisting of five enthusiastic band members — Thomas (vocals), Arti (lead guitar), Thijs (rhythm guitar), Steven (bass) and Willem (drums). The band formed in the summer of 2018. Arti wrote a bunch of hard rock songs inspired by legends such as Guns N’ Roses, Thin Lizzy and Led Zeppelin, and was looking for the right musicians to perform them with. He found these through jam sessions in a medieval cellar in the city center of Delft. The band had a string of live performances through which they tested and tweaked their songs, after which they felt confident enough to start recording them. Beginning with a lo-fi EP in 2020, they spent the following year upgrading their production techniques, culminating in a crisply recorded and tightly mixed single, “Judgment Day” released in November 2021.

On the 1st of October 2022, their long-awaited album “Scream All You Want” will be released to Spotify and other channels. All 13 songs are self-penned originals, except for a hard rock cover of Taylor Dayne‘s 1987 dance-pop hit “Tell It To My Heart”. On the basis of their EP, Frontline was previously described by Canadian site Sleaze Roxx as “a gem waiting to be polished”. The album features eight previously unreleased tracks, and re-recorded and remixed versions of the other five. Expect a flurry of melodic and fiery solos, accompanied by solid hard rock grooves on the debut album of this up-and-coming band.”