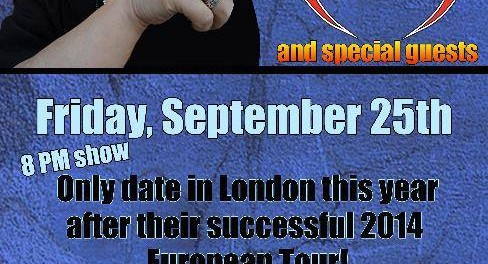 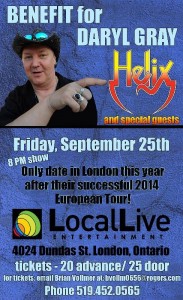 A Go Fund Me campaign has been started in Gray‘s name to raise funds for him. The Gofundme campaign states: “Daryl Gray has just undergone bypass surgery and is recovering. As most of you know, Daryl is a musician and makes his living entertaining. This surgery has left him unable to work for while and therefore unable to earn an income.”

Helix are scheduled to play a benefit concert for Gray in London, Ontario, Canada on September 25, 2015.