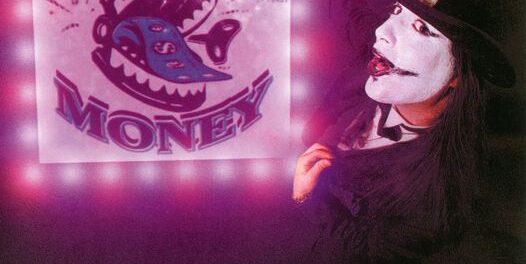 Funny Money featuring KIX frontman Steve Whiteman will have their self-titled debut album released on vinyl via Heaven and Hell Records in April 2022. 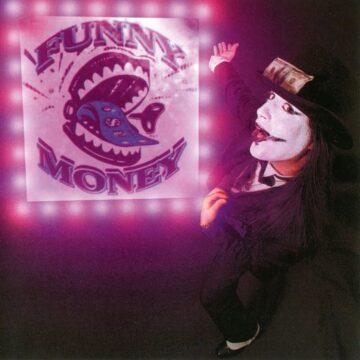 Heaven and Hell Records is making some FUNNY MONEY

Founded in 1996 in Maryland by, at the time, former KIX lead vocalist Steve Whiteman and guitarist Billy Andrews. The two would meet at a charity fundraiser event in Baltimore. There they would hit it off as Andrews began to inquire about what Whiteman had currently been up to.

“He asked me what I had been up to since the demise of Kix and I shared with him that I had been teaching vocal lessons and kind of wanted to start a band again. Billy pretty much invited himself to my house one day and we listened to some of the old Kix demos I had laying around the house and some new material I had written with Shea Quinn of The Sharks fame. He pretty much sold himself to me on the idea that we could launch a band around the original music I had laying around and we could mix in some cover stuff as well. The only thing we needed was a band.”

Whiteman and Andrews quickly began to recruit members starting with one of Whiteman‘s vocal students, guitarist Dean Cramer. Bassist Ned Meloni, who had played with New York’s Ice Water Mansion, as well as Washington, DC band Monarch in the 1980s and had extensive studio experience. Drummer Geoff Burrell of Tubefreeks and Swingin’ Dix would be recruited to be the backbeat of FUNNY MONEY.

The band’s initial sessions consisted of KIX material and material written by Whiteman with Shea Quinn. As the band attempted to build a name for themselves playing new original material live on the East Coast circuit, they would begin to incorporate KIX material into their shows, in response to fan demands. This move would prove to be beneficial.

In 1997, Kival Records would release FUNNY MONEY’s self-titled debut album, which would be produced and engineered by Andrews. At the end of a decade that had become dominated by alternative music as melodic hard rock would slip out of popularity. In 2007, the album would be reissued by Perris Records. And now, 25 years after its original release the album will be receiving its first-ever vinyl release.

Scheduled for April 2022 release, Heaven and Hell Records will be dropping the FUNNY MONEY ‘Funny Money’ debut album on vinyl, limited to 500 copies worldwide, in two different colors (black & purple), fully remastered and including an insert with full lyrics.