Furbaby and The Tight Spaces consisting of Adam Arling (The Last Vegas, Warrior Soul, Urge Overkill, Hessler) on lead vocals, Bryan Wilkinson (The Last Vegas, Black Actress) on guitar, Joe Winters (Steepwater Band) on drums and Calvin Marty on keyboards have released a video for their new single “Next Year.” 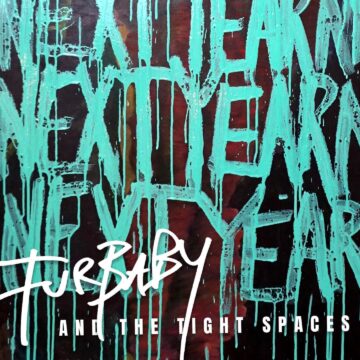 “Written and recorded in January, “Next Year” reflects on the time-honored tradition of crafting New Years intentions as one year ends and a new begins. And then mid-January, as Next Year fast becomes This Year, what was it you said you were going to do Next Year? What’s holding us back from acting on these intentions in the past, or the present? How/why are we conditioned to think ahead and perhaps overlook being present in the moment? Man, we live in a busy world.

Notwithstanding such existential crisis, the most dangerous band that’s not a band in the land, The Tight Spaces, is back and roped in a new contributor. You may know Bryan Wilkinson from his tenure in Chicago punk icons Black Actress, guitar slinger in The Last Vegas, touring the world working lasers w/ Tool, or capturing the world via photographs as Isolated Eyes. BW tore it up on lead guitar and his signature smooth vocals.

And on drums… rocking Keith Moon fills is Joe Winters of Steepwater Band fame, holding it d-o-w-n and getting a little crazy. Thanks Tony Maietta for capturing the magic, engineering drums at The Ranch.

Calvin Marty comes through again big time with some tasty Abbey Road vibe piano parts and vocals. The chimey and percussive approach give the track an extra layer of rhythm and melody that guitar alone can’t do.

The funny thing is that everyone recorded their parts remotely (I don’t even know where besides The Ranch), to only drums, one scratch guitar and a half-baked vocal track. When mixing, it all just mysteriously fit together with no overlap. Bizarre, but maybe we’ll do it the “right” way….next year.”

In an interview with Sleaze Roxx back in December 2020, Arling was asked what prompted him to start Furbaby to which he replied: “A lot of demos piling up throughout the years, and now actually having the time prompted this project. Our modern lives move fast, but in the first half of 2020 time “stopped” for a lot of people. Like it or not, we all got some space. I’ve been trying to fill that space with creating something, intentionally to a degree unserious, so I wouldn’t overthink it, hence the project name itself. It’s also been a mental coping mechanism this year to try something, anything, fresh. I bounce lyric and video ideas off my partner — who is admittedly a tough critic — and we come up with these concepts to bend, re-shape and mess with.

And without an actual musical band to get together with, 2020 has been a perfect, no-pressure zone as well to launch something new. Any musicians reading this, we at one point or another all have this ideal, perfect band in our heads right? It’s fantasy. The Furbaby project is just some weird manifestation of that fantasy into what I think a cool, garage-rock band would sound and look like. Furbaby ain’t gonna get booed off stage anytime soon, so it was a comforting time for a self-conscious dude like myself to hang something out there. What’s the worst that could happen?”

Furbaby and The Tight Spaces‘ “Next Year” video: