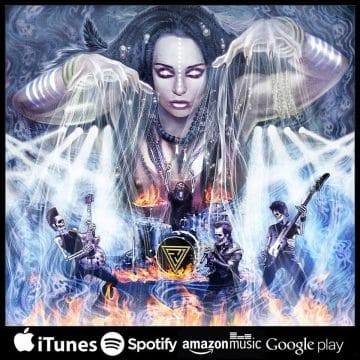 Future Villains‘ Biography on their Facebook page states: “Future Villains is an American rock band from Los Angeles, California. Delivering supercharged, in your face rock n roll with classic rock influences such as AC/DC, Deep Purple and Aerosmith. A modern, hard rock band with an energetic and thrilling live performance, Future Villains are proudly flying the rock ‘n’ roll flag and refuse to go down without a fight.”

Sleaze Roxx first caught Future Villains in concert in May 2014 and stated the following in its concert review: “Before I go on covering Steel Panther‘s amazing performance, which is hands down the best concert that I have seen in 2014, I had to get through the set of opening band Future Villains. Hailing from California, the band got to play to a very good size crowd even though it was probably only 7:30 pm or so when they hit the stage. I was not familiar with Future Villains but was impressed right from the start — in particular by lead vocalist Dusty Bo who has a great set of pipes. I had been previously warned by the walking encyclopedia of rock, aka Mark, that the band would be playing two covers on this night including AC/DC‘s “If You Want Blood, You Got It”. Future Villains ended up playing a spirited and rousing version of that song, but the surprise cover song was when a Steel Panther guitar tech by the name of Kyle came out to accompany the band through an excellent version of Deep Purple‘s “Highway Star”. Given that Future Villains‘ lone EP only has five songs on it, I assume that the band played all of the songs from that release.”